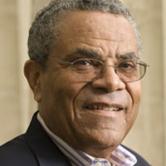 Carl A. Cohn is a clinical professor emeritus in the School of Educational Studies at Claremont Graduate University and was formerly the director of the California Collaborative for Educational Excellence, a state agency established by Governor Brown and the State Legislature to advise and assist school districts on their academic performance. Before his tenure at Claremont, he served as superintendent of schools in the San Diego Unified School District. Prior to that, he worked as a professor at the University of Southern California, and as a federal court monitor for the special education consent decree in the Los Angeles school system. From 1992 to 2002, he was superintendent of the Long Beach Unified School District, which won the Broad Prize. He also served on the California State Board of Education. Dr. Cohn received his Ed.D. in administrative and policy studies from the University of California, Los Angeles.