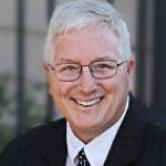 Scott Hill is Vice President of the College Board, leading the team that support students, teachers, schools, and higher education institutions in the Western Region. He has served in various leadership positions in California, regionally, nationally, and internationally in the areas of standards, assessments, accountability, and organizational management.  Before joining the College Board in 2013, he was a senior program officer at the Bill and Melinda Gates Foundation, where his portfolio managed the Foundation’s Common Core standards and assessments investments. He also directed the national education strategy for the nation of Qatar, while living in the Middle East. He has served in the public and private sectors in California, including government roles as Executive Director of the Academic Standards and Curriculum Commissions, Chief Deputy Superintendent at the California Department of Education, and Undersecretary of Education.