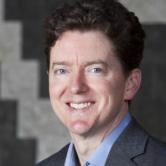 Douglas N. Harris is a professor of economics and Schlieder Foundation Chair in Public Education at Tulane University. He is also founding director of the Education Research Alliance for New Orleans, an initiative of Tulane University. His research has helped inform and influence national debates over a range of education policies, especially in charter-based school reform, teacher evaluation, accountability, and college access. Dr. Harris' 2011 book, Value-Added Measures in Education, was nominated for the national Grawemeyer prize in education. He has advised the White House, the U.S. Senate, and several governors on education policy. He contributed to the Obama Administration's transition team on the measurement of school performance and advised the White House on college performance measures. Previously, he was an associate professor of education and public affairs at the University of Wisconsin–Madison. He received his Ph.D. in economics from Michigan State University.

Value-Added Measures of Education Performance: Clearing Away the Smoke and Mirrors
A new PACE policy brief by Douglas N. Harris of the University of Wisconsin, Madison, explores the use of value-added measures and discusses the strengths and weaknesses of value-added assessment, both as a means to assess teachers and as a means to…