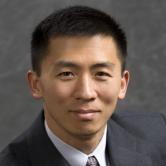 Goodwin Liu is an associate justice of the California Supreme Court. Before joining the state’s highest court, he was professor of law and associate dean at the UC Berkeley School of Law. He was also codirector of the Chief Justice Earl Warren Institute on Race, Ethnicity, and Diversity at Berkeley Law. His areas of expertise are constitutional law, education law and policy, and diversity in the legal profession. He is a former Rhodes Scholar. Liu received his JD from Yale Law School.

Getting Beyond the Facts
Reforming California School Finance
California’s school finance system is long overdue for reform. This policy brief proposes a new system that is more rational, more equitable, and politically feasible. At its core, the proposal aims to link district revenue to student needs and…