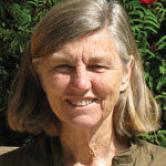 In her early career, Linda Taylor was involved in community agency work. From 1973 to 1986, she co-directed the Fernald Laboratory School and Clinic at UCLA. In 1986, she became co-director of the School Mental Health Project and, until 2000, held a clinical psychologist position in the Los Angeles Unified School District and directed several large-scale projects for the school district. Taylor and Howard Adelman have worked together for over 40 years with a constant focus on improving how schools and communities address barriers to learning and teaching, reengage disconnected students, and promote healthy development. They have led major projects focused on dropout prevention, enhancing the mental health facets of school-based health centers, and developing comprehensive, school-based approaches for students with learning, behavior, and emotional problems. Their work has involved them in schools and communities across the country. Their current focus is on policies, practices, and large-scale systemic transformation, which includes facilitating the National Initiative for Transforming Student and Learning Supports.

Restructuring California Schools to Address Barriers to Learning and Teaching in the COVID‑19 Context and Beyond
This brief highlights the need and ways to transform—systematically—how schools address the overlapping learning, behavioral, and emotional problems that can interfere with learning and teaching. The aim is to provide a blueprint to enable the state…