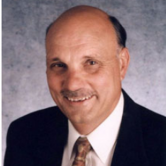 Michael W. Kirst is Professor Emeritus of education and business administration at Stanford University and a co-founder of Policy Analysis for California Education. He is a longtime education advisor to former California Governor Jerry Brown, who appointed Dr. Kirst president of State Board during both his first two terms as governor from 1975 to 1983 and his second two terms from 2011 to 2019. In this position, Dr. Kirst was instrumental in reshaping education policy and finance in California, overseeing the new academic standards and assessments in math and English language arts, the new science standards, and the Local Control Funding Formula. Before joining the Stanford University faculty, Dr. Kirst held several positions with the federal government, including staff director of the U.S. Senate Subcommittee on Manpower, Employment and Poverty, and director of program planning for the Elementary and Secondary Education of the U.S. Office of Education. He has written or edited more than a dozen books including Political Dynamics Of American Education and, with Andrea Venezia, From High School to College. Dr. Kirst received his Ph.D. in political economy and government from Harvard University.

The Common Core Meets State Policy: This Changes Almost Everything
The full policy implications of the Common Core State Standards (CCSS) for Mathematics and English Language Arts K-12 are just beginning to unfold across the 45 states (and DC) that are working to implement them. The CCSS will impact almost all key…

Bridging Education Research and Education Policymaking
This paper examines the relationship between policy formation in the United States and educational policy researchers. The experience of one independent 'think tank', namely, Policy Analysis for California Education (PACE), located within…