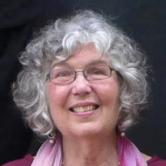 Patty Seigel served as executive director of the California Child Care Resource and Referral Network, where she played an influential role in shaping state and federal childcare policy. Among her achievements was the passage of federal legislation creating the Child Care and Development block grant, which provides subsidies to low-income families seeking childcare. Seigel served on the Governor's Advisory Committee on Child Care Development and was one of the original state commissioners for the First 5 California Commission that oversees and supports the funding of education, health, and childcare programs for California children under age 5 and their families. She also inspired and guided the development of Parent Voices, a grassroots, parent-led effort to engage and empower parents to participate in the policy process. Seigel attended the University of California, Davis.

Child Care Indicators, 1998
Part I–Preliminary Figures
California's childcare system has long been comprised of a vast and vibrant collec­tion of service providers, community organizations, and activists. Decentralization and diversity represent rich strengths within the childcare community. But this…