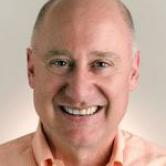 Ted Lempert is the president of Children Now, a national research and advocacy organization based in Oakland. He is lecturer in the Political Science Department at the University of California, Berkeley. Lempert was previously the cofounder and chief executive officer of EdVoice. Lempert has also been a California State Assemblymember representing San Mateo and Santa Clara counties, and he has served as chair of the Assembly Higher Education Committee and cochair of the Joint Committee to Develop a Master Plan for Education. He also served on the San Mateo County Board of Supervisors, where he was president of the board. Lempert received his JD from Stanford University.