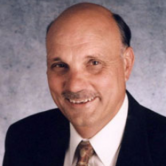 Michael W. Kirst is professor emeritus of education and business administration at Stanford University and a co-founder of PACE. He is a longtime education advisor to former California Governor Jerry Brown, who four times appointed Kirst president of state board. In this position, Kirst was instrumental in reshaping education policy and finance in California, overseeing the new academic standards and assessments in math and English language arts, the new science standards, and the Local Control Funding Formula. Before joining the Stanford University faculty, Kirst held several positions with the federal government. He has written or edited more than a dozen books, including Political Dynamics of American Education, and, with Andrea Venezia, From High School to College. Kirst received his PhD in political economy and government from Harvard University.

How Should States Design Their Accountability Systems?
With the Every Student Succeeds Act (ESSA) replacing No Child Left Behind (NCLB) legislation, states have gained substantial new freedom to reshape their school accountability systems, including criteria for how to measure and communicate school…

The Common Core Meets State Policy
This Changes Almost Everything
The full policy implications of the Common Core State Standards (CCSS) for Mathematics and English Language Arts K-12 are just beginning to unfold across the 45 states (and DC) that are working to implement them. The CCSS will impact almost all key…

PACEsetters at 25
Research Center Celebrates a Quarter Century as Leader in Legislative Policy Analysis
When PACE was founded in the early 1980s, California's schools were in turmoil following the passage of Proposition 13, which indirectly limited public education funding. Twenty-five years later, in 2008, Proposition 13 is still intact, the state's…

Getting Beyond the Facts
Reforming California School Finance
California’s school finance system is long overdue for reform. This policy brief proposes a new system that is more rational, more equitable, and politically feasible. At its core, the proposal aims to link district revenue to student needs and…