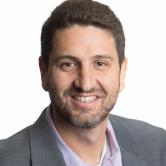 Noah Bookman is the Chief Solutions Officer for Education Analytics. Prior to serving in this role, he was the Executive Director of the Data Collaborative at the CORE Districts, a group of eight large California school districts working collaboratively to improve student outcomes using continuous improvement and a robust data system. He previously served as CORE's chief accountability officer. He also led the development and implementation of two school intervention programs – School Pairing and Communities of Practice – that together operated in over 200 low performing Title I schools in the state of California. Bookman was also an English teacher in the Los Angeles Unified School District. He has a master's degree in public policy from the Goldman School of Public Policy at the University of California, Berkeley.