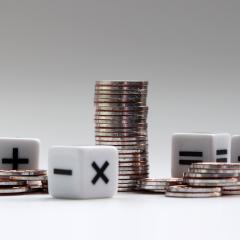 As California and the rest of the country enter a pandemic-induced economic downturn—one that economists predict could be the worst since the Great Depression—schools are bracing for the fallout. A triple whammy faces educators: painful budget cuts combined with increased student needs and rising costs. Few students will emerge from these school closures unscathed. Nearly all will have lost the learning, routines, socialization, and supports they get from school; many will also suffer from the effects of housing and food insecurity, not to mention anxiety and other traumas.

It may be some months before school district leaders arrive at the budgetary cliff but it is certainly approaching. Even as the state and districts plan for the imminent downturn, they should also start planning for our fiscal future.

The budget California adopts in June will not accurately reflect the severe fiscal distress the state faces. COVID-19’s economic havoc was not felt until nearly three quarters of the way through an otherwise strong fiscal year. Tax receipts, which lag economic activity, have continued to look strong. The June budget will probably be an austere “baseline” version, stripped of the rich one-time education programs found in the Governor’s January proposal. But a budget revision later in the summer, after July 15 tax receipts are recorded, could be far worse. How far state revenues will fall, and how quickly California will recover, is still anyone's guess.

As the state economy plummets, so too will funding for schools. California education funding is pegged against its income-tax-heavy General Fund. In good economic years, education funding surges as California’s top-income earners win big on the stock market. For example, California education spending surged rapidly during the recent economic recovery, with per-pupil spending rising from roughly $8,450 in 2012–13 to $13,100 just six years later, a 55 percent increase. In bad economic years, education funding severely suffers as those earnings from capital gains evaporate. During the Great Recession, state and local funding for schools plunged by more than $7 billion, about 15 percent, in just one year—and the first year of this recession is expected to be worse.

In the short term, the bleeding will partly be stemmed by a modest infusion of federal dollars: California K–12 school districts are expected to receive roughly $1.6 billion from The Coronavirus Aid, Relief, and Economic Security (CARES) Act. But that funding—about $270 per pupil on average—is not enough to cover the unexpected and increased cost of internet connectivity, teacher training, and safety measures, much less to backfill funds lost due to the economic contraction.

High-poverty districts will feel the biggest reductions if the state doesn’t take measures to protect supplemental and concentration grants—funding districts receive for serving low-income students, English language learner students, or students in foster care. Already, those districts are  more dependent on state funds and less likely to have the cushion of local parcel taxes, hefty parent contributions, and other local donations. These inequities will only worsen as economic inequality grows due to rising unemployment and insufficient safety nets.

To weather the immediate storm, state leaders should:

State leaders should also revisit lessons learned in California during the Great Recession about the need for increased flexibilities around spending and staffing. State leaders could:

Equally important, state and local leaders should begin reimagining our education funding system. The volatility of California’s education budget is not inevitable; it is a system voters and policymakers created and one they can change. Our funding system is more dependent on state funds—particularly economically-sensitive income taxes—than most other states. When the economy tanks, education suffers more here than in many other states.

Of course, these kinds of profound changes will demand extraordinary political leadership and courage. The coming months and years will be painful for California’s economy generally and for school funding more than most other areas. We have two choices: we can accept the cuts as inevitable and tighten our belts, or we can respond to this pandemic-induced fiscal crisis as a kickstart to finally reimagine and fully fund our schools—not just for this challenging moment but also for the future.

What are our state’s priorities? Now is the time to invest in California’s children and their teachers, not to starve them of resources.