The leading consortium in education policy reform and performance improvement in California bolstered its forward-looking position with the appointment of a new leadership team, Policy Analysis for California Education (PACE) announced today. PACE’s team brings a depth of experience and expertise in research and policy analysis that enable the organization to stay at the cutting edge of issues critical to the state’s education system, from early childhood to postsecondary education and training. PACE’s work is instrumental to informing policy developers and decision makers who directly impact education in California. In the months and years ahead, PACE will continue its longstanding tradition of working with researchers, policymakers, and school and district leaders to improve outcomes for California’s students. Now more than ever, it is critical to bring research evidence into decisions about policy and practice statewide, and to conduct research in ways that are most beneficial to system leaders. To this end, beginning next month, PACE will focus on disseminating findings from the Getting Down to Facts II project, ensuring that the evidence produced in this groundbreaking set of studies informs policy under the new administration. 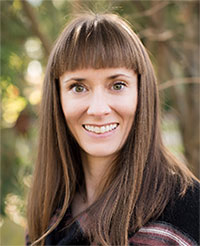 The PACE Faculty Directors announced that Dr. Heather Hough was named PACE’s new Executive Director following an extensive national search. Dr. Hough brings a unique combination of experience in policy research and practice improvement, and has worked with PACE in various capacities since 2008. For the past three years, Dr. Hough has led the research partnership between PACE and the CORE Districts, a collaborative of eight of California largest school districts who have developed a measurement and accountability system that represents nearly a million students. In addition, she has led a program of work designed to help advance continuous improvement statewide, and has served on several state policy committees, including the workgroup on measuring school culture and climate and the committee on social emotional learning. Before joining PACE, Dr. Hough was an improvement adviser with the Carnegie Foundation for the Advancement of Teaching, helping education system leaders use research and data to support continuous improvement. She has worked as a researcher with the Public Policy Institute of California, the Center for Education Policy Analysis at Stanford University, and the Center for Education Policy at SRI International, and holds a PhD in education policy and a BA in public policy from Stanford University. “Throughout Heather’s career, she has embodied PACE’s values, working tirelessly to improve the relationship between research, policy, and practice,” said Michal Kurlaender, PACE Faculty Director and professor at the University of California, Davis. “Heather’s work has been immensely influential within California and nationally, and we are particularly excited about her focus on collaboration and innovation.” 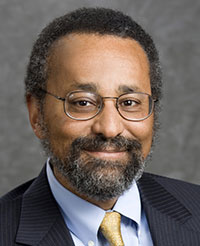 Christopher Edley, Jr. brings to PACE an illustrious career supporting educational equity and excellence nationwide. Professor Edley was dean of the U.C. Berkeley School of Law (Boalt Hall) from 2004 to 2013, after 23 years as a Harvard Law professor. He co-founded the Harvard Civil Rights Project with Professor Gary Orfield, now at UCLA. Professor Edley’s academic work is in administrative law, civil rights, education policy, and domestic public policy generally. Edley has moved between academia and public service, giving him broad academic and practical familiarity with many policy areas. Edley served in the White House under Presidents Jimmy Carter and Bill Clinton. In Clinton’s OMB, he oversaw budgets and legislative initiatives for five cabinet departments and 40 independent agencies, with budget responsibility totaling in the hundreds of billions of dollars. As senior counsel to Clinton, he directed the government-wide “Mend It, Don’t End It” review of affirmative action programs. Edley held senior positions in five presidential campaigns, including policy director for candidate Michael Dukakis (1988). He was a Senior Economic Adviser to President-Elect Clinton and served on President-elect Obama’s Transition Board, with responsibility for Education, Immigration, and Health. Edley co-chaired the congressionally chartered National Commission on Education Equity and Excellence (2011-13). He is a member of the American Academy of Arts & Sciences, National Academy of Public Administration, Council of Foreign Relations, and a National Associate of the National Research Council. He has served the NRC on many education-related panels and chaired panels on Adult Literacy Standards, NAEP Performance Standards and, currently, Education Equity Indicators. Professor Edley is the president and co-founder of the Opportunity Institute and continues to serve as a Berkeley Professor. 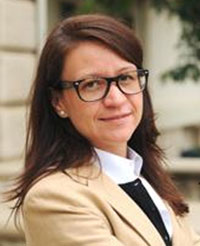 Cecilia Rios-Aguilar brings to PACE a focus on studying and working to improve the educational and occupational trajectories of underrepresented and marginalized groups of students (e.g., Latinx, immigrant, low-income, and English language learners). Dr. Rios-Aguilar is an Associate Professor of Education at UCLA’s Graduate School of Education and Information Studies (GSEIS). She also serves as Associate Dean of Equity, Diversity & Inclusion. She is past Director of the Higher Education Research Institute (HERI) at UCLA. Her research is multidisciplinary and uses a variety of asset-based conceptual frameworks—funds of knowledge, community cultural wealth and the forms of capital—and of statistical approaches—econometric models, multilevel models, spatial analyses, and social network analysis—to study the educational and occupational trajectories of vulnerable students. Dr. Rios-Aguilar obtained her PhD. in Educational Theory and Policy from the University of Rochester, her M.S. in Educational Administration from the University of Rochester, and her B.A. in Economics from the Instituto Tecnológico Autónomo de México (ITAM). Dr. Rios-Aguilar’s research interests include critical quantitative research methods, big data, social media, community colleges, and educational policies. 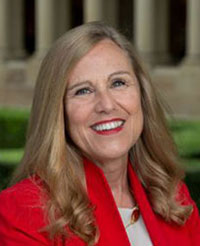 Deborah Stipek has been intimately involved with PACE for many years, as a contributing researcher and also as the dean of the Stanford University Graduate School of Education from 2001-2011. Dr. Stipek brings deep expertise in California policy specifically around early childhood- and elementary education. Dr. Stipek has held many prestigious roles in education policy within California and statewide: She served for five years on the Board on Children, Youth and Families at the National Research Council; she was the Chair of the National Research Council Committee for Increasing High School Students' Engagement and Motivation to Learn, and she directed the MacArthur Foundation Network on Teaching and Learning. She currently serves as the Judy Koch Professor of Education at the Stanford University Graduate School of Education, and the Peter E. Haas faculty director of the Haas Center for Public Service.

These new PACE leaders will replace Susanna Loeb and David Plank, who are both moving away from PACE after many years of service. Dr. Loeb served as a Faculty Director for PACE for 20 years and will now serve as the Director of the Annenberg Institute, and professor, at Brown University. Dr. Plank, who has served as PACE’s Executive Director for 11 years, will retire this year, and will stay on with PACE as a Senior Advisor. PACE thanks Dr. Loeb and Dr. Plank for their service to California education policy.