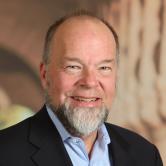 David Plank was the Executive Director of PACE for 11 years, and has recently retired, now serving as a Senior Advisor to PACE. Before joining PACE in January 2007, David N. Plank was a Professor at Michigan State University, where he founded and directed the Education Policy Center. He was previously on the faculties at the University of Pittsburgh and at the University of Texas at Dallas, where he taught courses and conducted research in the areas of educational finance and policy. He received his Ph.D. from the University of Chicago in 1983. Plank is the author or editor of six books, including the AERA Handbook of Education Policy Research. He has published widely in a number of different fields, including economics of education, history of education, and educational policy. His current interests include the role of the State in education, and the relationship between academic research and public policy. In addition to his work in the United States, Plank has extensive international experience. He has served as a consultant to international organizations including the World Bank, the United Nations Development Program, the Organization for Economic Cooperation and Development, the United States Agency for International Development, the Ford Foundation, and also to governments in Africa and Latin America.

The Changing Role of County Offices of Education
Survey Results
In this brief we summarize findings from three surveys that sought to learn how county offices of education (COEs) are changing in response to the implementation of the Local Control Funding Formula (LCFF) and the Statewide System of Support (SSS).…

Making Early Education a Priority
Evidence from the 2019 PACE/USC Rossier Voter Poll
Governor Gavin Newsom campaigned on a “cradle to career” education strategy that identified childcare and early education as key priorities. The Governor’s 2019 Budget Proposal follows through with the inclusion of several initiatives aimed at…

Californians and Public Education
Views from the 2019 PACE/USC Rossier Poll
With a new Governor, State Superintendent, and Legislators in Sacramento and a diminished federal role in education, there is an opportunity for California’s leaders to take stock of recent educational reforms and make necessary improvements. This…