Views from the 2020 PACE/USC Rossier Poll 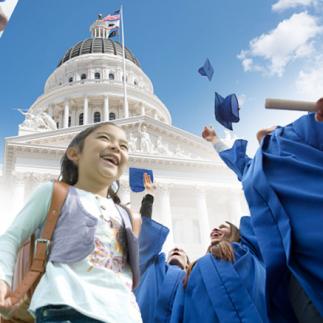 With important state and national elections looming, where do California voters stand on some of the major education policy issues of the day? This report examines findings from the 2020 PACE/USC Rossier poll of California voters. The poll represents the views of 2,000 registered California voters across a range of topics from early childhood education to higher education. Based on these results, we have identified five key findings:

Finding 1: There is growing pessimism about the direction of California and its public schools.

We asked several questions about voters’ priorities, and education rated highly (just after the economy and taxes). As in prior surveys, voters’ top education policy issues were gun violence in schools and college affordability, and they rated K-12 and higher education issues as more important than early childhood education issues.

Finding 4: Voters support an increase in educational spending and multiple approaches to paying for that spending.

California voters consistently express support for increased educational spending (including, for example, for teacher salaries and early childhood education). They are strongly in favor of the proposed $15 billion facilities bond measure that will be on the March 2020 ballot, and they also support proposed changes to Proposition 13 that are likely to appear on the November 2020 ballot (though to a lesser degree). There are sharp partisan splits on support for spending increases.

Finding 5: Voters are concerned about teacher shortages and are strongly in favor of increasing teacher salaries.

Full poll results can be found in the Poll Archive.