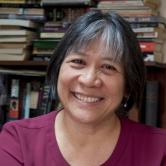 Hedy Chang is executive director of Attendance Works, a national and state initiative aimed at advancing student success by addressing chronic absence. She co-authored the seminal report "Present, Engaged and Accounted For: The Critical Importance of Addressing Chronic Absence in the Early Grades," as well as numerous other articles about student attendance. Deeply committed to promoting two-generation solutions to achieving a more just and equitable society, Chang has spent more than two decades working in the fields of family support, family economic success, education, and child development. She served as a senior program officer at the Evelyn and Walter Haas, Jr. Fund and as co-director of California Tomorrow. In February 2013, Chang was named a Champion of Change by the White House for her commitment to furthering African American Education. She received her MPP from the Harvard Kennedy School.

Approaches to Reducing Chronic Absenteeism
Acknowledging the importance of students simply being in school, California has made student attendance part of its accountability system. This brief covers a session in which it was pointed out that using chronic absenteeism as an accountability…